Dr Gerard Hall qualified from the Middlesex Hospital Medical School in 1982. After junior posts in Gloucestershire, he completed specialist training at St Bartholomew’s Hospital and at the Lupus Centre at St Thomas’ Hospital. He was appointed a consultant at St Peter’s Hospital, Chertsey in 1996 and then at The Royal London Hospital in 2001. He became a full time private practitioner in 2009. He lives near Oxford with his wife, a comedienne, and their two daughters.

He has published several papers in the field of osteoporosis and the effects of sex hormones on arthritis. He completed a year of osteoporosis research at the Hôpital Edouard Herriot in Lyon, France. 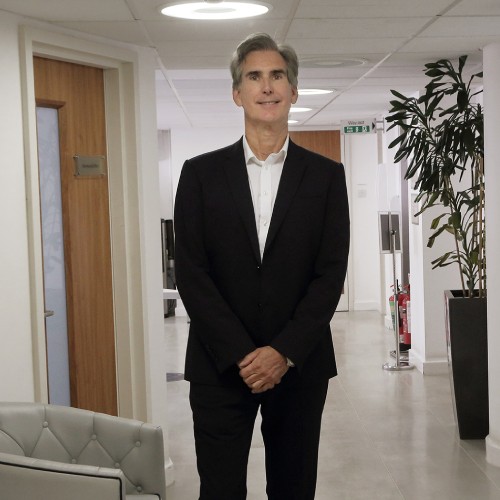 You are welcome to read Dr Hall’s 360 degree feedback from patients and colleagues as part of his revalidation with the GMC.

He is a member of the British Society of Rheumatology, the National Osteoporosis Society, the Royal Society of Medicine and the Chelsea Clinical Society. He has been listed in The Tatler’s review of top private doctors.